David Hume at 300
Time: Apr 26th, 9:00 am - 5:15 pm
Jackman Humanities Building Room 100 (170 St. George Street)
Free and open to the public: no registration is required.
An interdisciplinary conference in honour of the 300th anniversary of the birth of David Hume

Why We Need Humanist Chaplaincies: The Rutgers Experience

Why We Need Humanist Chaplaincies: The Rutgers Experience  By Barry Klassel

“Successful society requires religion,” read the headline of an editorial in the March 23, 2011, edition of the Daily Targum, Rutgers student newspaper. It went on to suggest that, without religion, one loses one’s moral code and sense of purpose. I knew they would feel journalistically obligated to print my response because I’m a recognized spokesperson for a group whom the editorial offended. I’m the humanist chaplain at Rutgers University.

When a vigil was to be held to mourn the death of Tyler Clemente, a gay Rutgers student who committed suicide after some reported cyber-bullying, I asked to speak. It was appropriate that I be there, as the humanist chaplain, along with the leaders of two campus religious groups. The press was interested in my words because of my unusual job title, and I was featured in coverage by the major northern New Jersey newspaper, the Star-Ledger, and on the ABC local evening news broadcast.

When a Christian student asked, in all seriousness, “Why would someone get married if they weren’t looking for the blessing of God? What would be the point?” I told him about the beauty of two mortal human beings pledging their lives to each other and the communal celebration that engendered. The student posed his question to me because I’m the humanist chaplain. And because I’m the humanist chaplain, a non-religious student felt comfortable asking me to help him decide if he should come out as an atheist to his fundamentalist family knowing with certainty the disruption it would cause.

I told these stories to an audience gathered at the 70th Anniversary Conference of the American Humanist Association just a week and a half ago. They were at the session entitled “The Future of Humanism: Humanist Chaplaincies and Leadership on Campus and in the Military,” which featured talks by me and Gary Brill from Rutgers, Anne Klaeysen from Columbia University, Greg Epstein and Jonathan Figdor from Harvard University and Jason Torpy of the Military Association of Atheists and Freethinkers and board member of the American Humanist Association..." (read more above)

Breaking free from Poverty meeting at Queen's Park
The Interfaith Social Assistance Reform Coalition (ISARC)
invites you to a day to meet with MPP's to address the issue
of persistent poverty that affect Ontario's poorest citizens.

notice provided from the Multifaith Centre, U of T
Posted by Mary at 5:59 PM No comments: 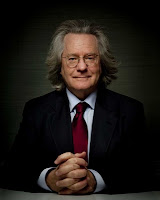 Philosopher AC Grayling has been in the news a lot this week, on account of the publication of his latest work The Good Book: A Secular Bible. It's a bold project, and one that is, not unexpectedly, attracting criticism from religious commentators. Indeed, Grayling himself recognises the scale of ambition involved in putting together a non-religious bible, and he discusses it with Matthew Adams in an interview for the New Humanist website:


"I acknowledge the fact that it does look tremendously hubristic, but it’s certainly done – and I don’t want to come across as a sort of Uriah Heep here – in a spirit of great humility. After all, most of what’s in it comes from really great writers. Most of it isn’t me.”

So, is Grayling's Good Book an act of hubris or humility? Take a look at the full interview and see what you think (although you will, of course, need to pick up the book yourself to properly decide).

The release of The Good Book coincides with the news that Grayling will be taking over the presidency of the British Humanist Association from July, succeeding Guardian journalist Polly Toynbee, who has held the position since 2007.
Posted by Mary at 1:49 PM No comments:

Labels: BHA, Grayling, Humanist bible
Newer Posts Older Posts Home
Subscribe to: Posts (Atom)
This is an informal blog by the UofT Humanist Chaplains, for University of Toronto Secular, Ethical, and Humanist students and scholars, alumni, faculty and staff. We welcome comments and interaction, and you can also contact us by phone and email: see the MEET US page at the top.